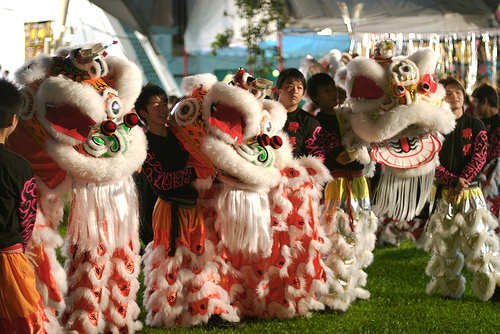 Four Democrat U.S. Presidential hopefulls gathered tonight to discuss platitudes on nationwide television, and each arrived with trainers to keep them from attacking each other. (Senator Ed Norton was not present for this pre-debate photo op, but was recognized during the live video as someone else entirely.)

The first question from moderator Lannie Foosers set the stage for the remainder of the so-called debate. The question itself didn’t matter, as the answer for that one and all subsequent questions was, “I will fight for change and am prepared to agree with all who disagree with my nomination, and the current administration is at fault for that, and what you said as well.”

Prior to the Democrat “debate” was the Republican “debate.” Candidate Ron Paul began the discussion before tape started rolling with, “Where is he? Obama was supposed to be here!”

The other Republican candidates all answered with, “You Fool! Of course we support the troops, and we’ll buy them lunch!” before moderator Lannie Foosers asked them each to attack Senator Obama on behalf of Senator Mrs. Bill Clinton.

We can all thank the writer’s strike for this absurd waste of network time. If Bunk was in charge, we’d be watching re-runs of The Prisoner with Patrick McGoohan instead.

[Top image from here, lower image picked off a page of the .pdf file linked from here.]

2 thoughts on “Front-Running Candidates for President of the U.S. Debate Their Own Presidentialityness”