[Found here and here, and I lost the linky to the argonaut / paper octopus clip.] 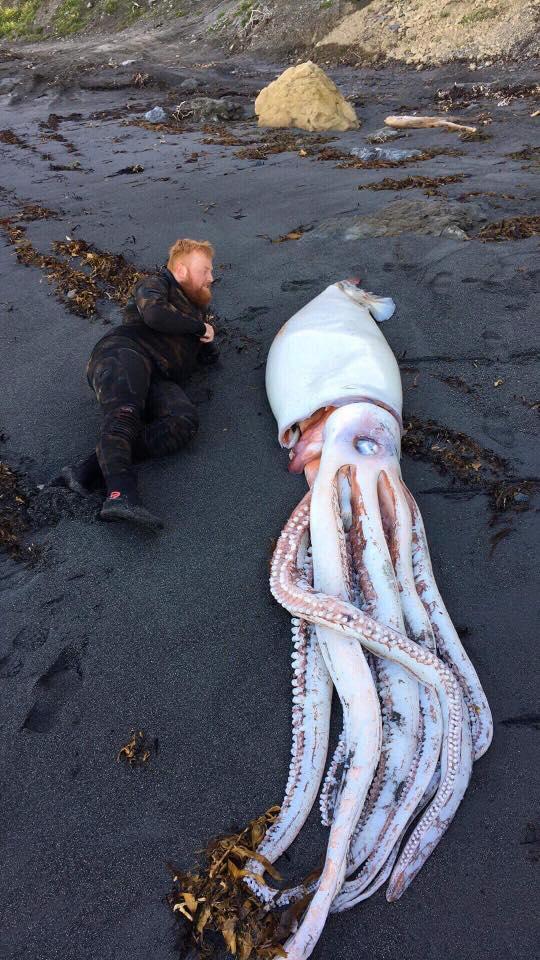 That one is 14-feet long. Giant squid can grow to over three times that size. 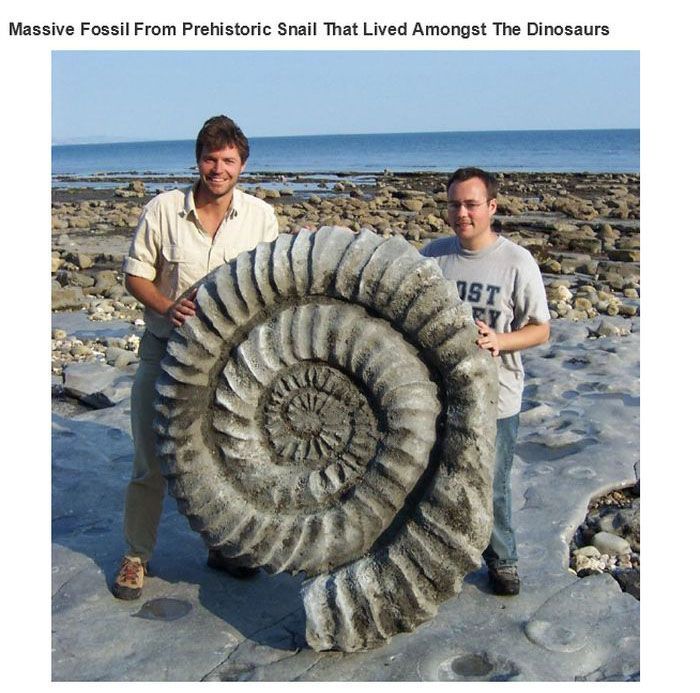 Yep, that looks like a bigass prehistoric ammonite fossil, and it’s not a snail fossil as the caption states.

Ammonites are perhaps the most widely known fossil, possessing the typically ribbed spiral-form shell as pictured above. These creatures lived in the seas between 240 – 65 million years ago, when they became extinct along with the dinosaurs. The name ‘ammonite’ (usually lower-case) originates from the Greek Ram-horned god called Ammon. Ammonites belong to a group of predators known as cephalopods, which includes their living relatives the octopus, squid, cuttlefish and nautilus [via].

I found the top image (with the erroneous caption) in here, and wondered about the story behind it. Since fossils are typically embedded in rock and I didn’t see any hole or excavation, something seemed off. 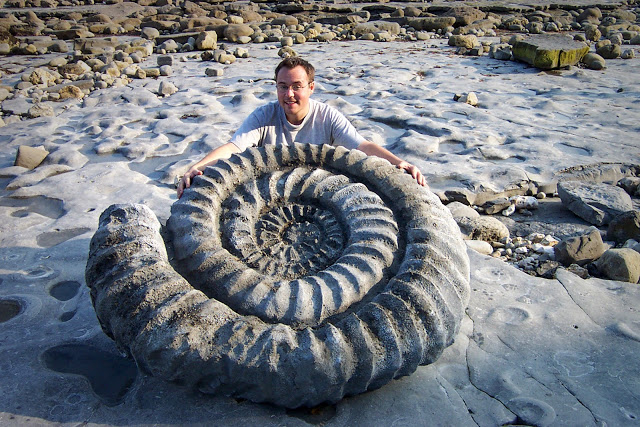 Ammonite fossils are common, but are rarely larger than about 9 inches in diameter. Sure, some larger species have been found, but why wasn’t this one encased in plaster, crated up and shipped to an archeological museum? How could something so heavy and brittle stay in one piece while being tilted up? How could four guys lift it, let alone one?

A Tineye search brought me to the source –  a 2005 documentary filmed in Lyme Regis, England for the BBC series “Journey of Life.”

“This giant ammonite was actually a replica that we used to show how big ammonites could grow. Made of polystyrene it squeaked as we rolled it down the beach. The look of gob-smack on the faces of Jurassic Coast fossil collectors was priceless!”
Paul Williams, 3 September 2013.

This “fossil” was a prop, and it had a cameo role in Episode 1: Seas of Life.

Perhaps you’re wondering why I suddenly found an interest in large fabricated ammonite fossils. It’s because I saw that top picture and wanted to do this with it: 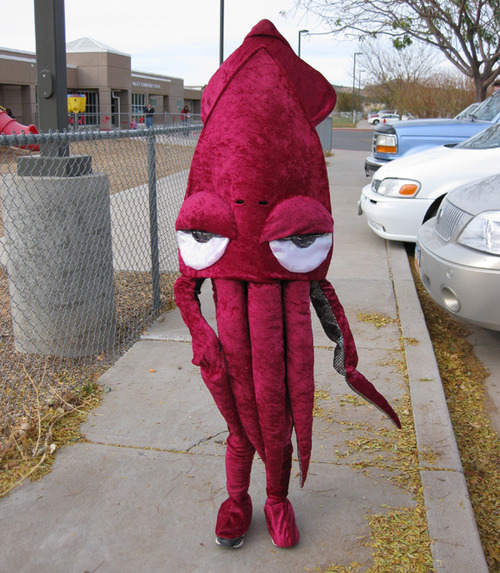 This is entirely awesome. 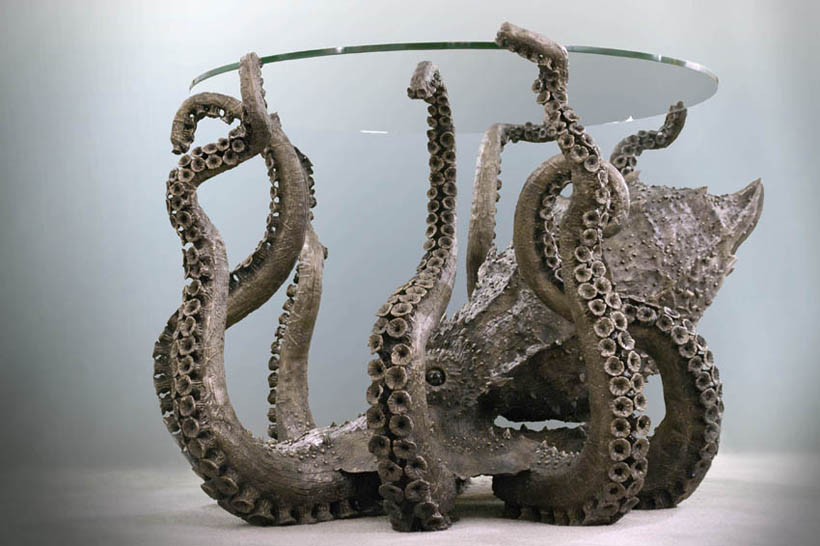 Bronze n’ glass table by Isaac Krauss. I pity the husband who gets to move it for vacuuming – it weighs 500 lbs. 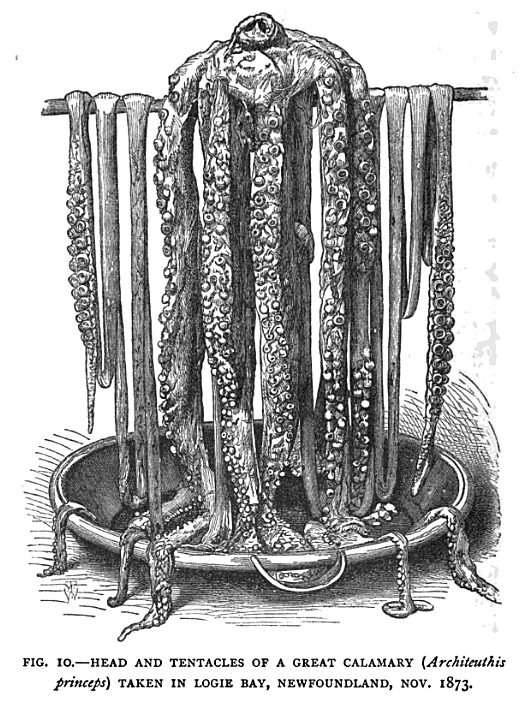 [Image found here; we also have a nice collection of cephalopodia.]

Tip of the Tarboosh to Mongoose for this. 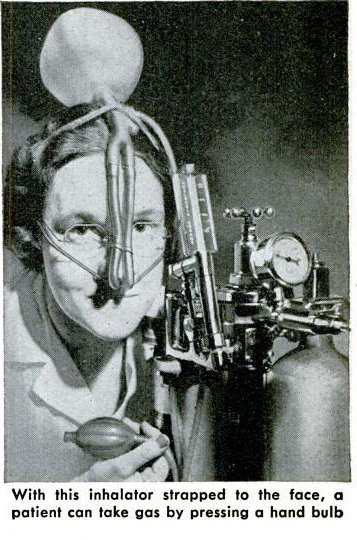 There’s a happy patient. One squeeze and she’s happy; two squeezes  and she’s dancing on the table; three squeezes and she’s prepared to serve in congress.