State Of The Union Address 2014

The Portuguese Man O’ War is amazing, as it’s not a single animal, but a colony of several bizarre organisms, all dependent on the others for survival. One provides transportation, one lures and traps food, one processes it, one cooks, and the other one does laundry and runs the blog.

The harmless gasbag idiot-animal floats while dangling his nasty stinging-tentacled buddies as deep as 160 feet below the surface. How they find each other and decide to hang together is a mystery to me, unless it has something to do with cheap beer, tasers and fraternity parties.

I saw one washed up on a beach when I was a kid without knowing what it was – thought it was an inflatable toy dolphin with seaweed attached. Yeah, I poked it with a stick, and yeah, I found out what the insides of a Portuguese Man O’ War smelled like, as did everyone else within a quarter mile downwind.

When the floating-gasbag idiot-animal washes up on shore and dies, it takes the other idiot-animals with him, and they can’t do anything about it because their free ride is over. Such is the life of a sycophant.

Okay, bear with me on this next one. Remember the classic 1959-1973 TV show “Bonanza?”  Here’s The instrumental TV theme (with opening credits).

The missus informed me that there were words to that great theme, and she’s right. The closing credits for the early episodes included “The Cartwrights” singing the theme (after apparently stumbling out of a saloon/cat house joint venture in Carson City) and mounting up to pick fights with and wreak havoc on the local populace before they rode back to their fortified enclave known as The Ponderosa:

[Little Joe] I’ve got a flair for women everywhere, Bonanza!
[Hoss] BONANZA! ¡AI-AI-AI!
[All] I’m gonna call on any gal at all, she’s gonna welcome me.

[Ben] I’m not afraid of any pretty maid, Bonanza!
BONANZA!
When I give a kiss to any pretty miss,
She’ll learn a lot from me!

[All] One for four, four for one
This we guarantee!

We got a right to pick a little fight – Bonanza!
BONANZA!
If anyone fights any one of us,
He’s gotta fight with me!

BTW, the best comment on that Utoobage link was posted by someone named 75yellowraven:

The lyrics and acting were so laughably absurd that the clip was canned. Years later Lorne Greene sang the song with much different lyrics: Lorne Greene singing The Theme To Bonanza.

But that’s not the weird part. The Bonanza Theme was orchestrated by David Rose, same guy who composed “The Stripper,” a number of TV theme songs, and this horrible piece of 1960s grocery aisle music:

Bet you couldn’t last the whole two-point-five minutes of that, so here’s almost a whole hour of The Beat Farmers circa 1984, featuring the late Country Dick Montana on drums, vocals, beer and belligerence.

Hope that grabs on, holds and squeezes you for this edition of The Saturday Matinee. Have a great weekend, even if you have to mow the snow.

P.S. If you ever wanted to sing along to The Chips‘ “Rubber Biscuit” we’ve got the Complete & Accurate day down sum wanna jigga-wah lyrics here. 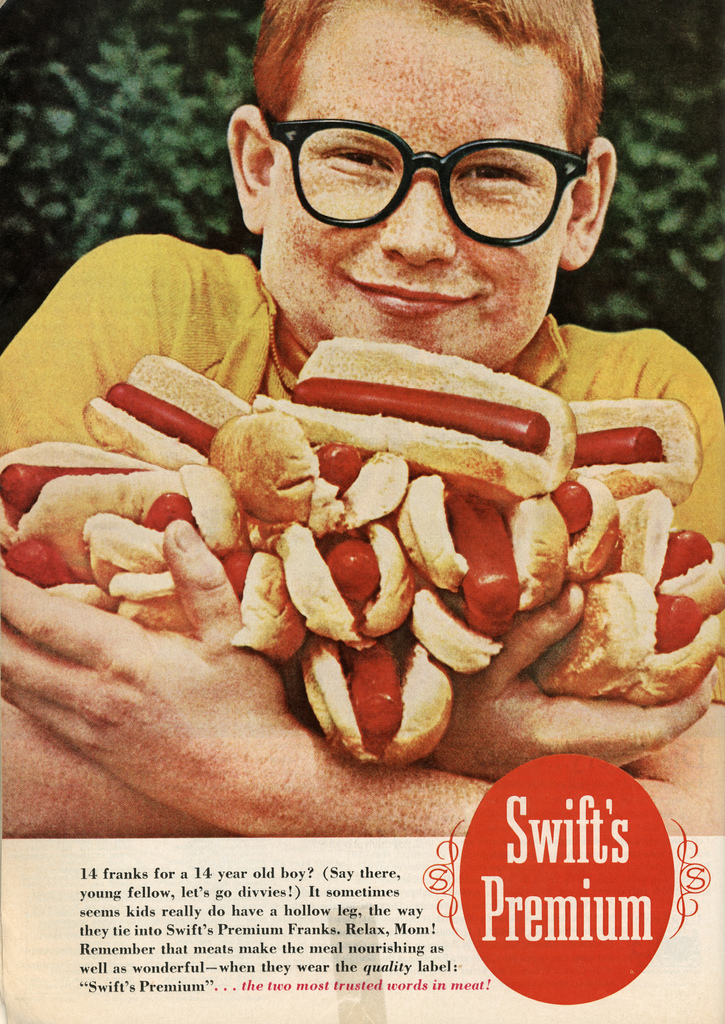 Sounds like a predatory skinny-dipping proposal to me, or maybe it’s a way to get Boy Freckles to wash up in the retention basin so the hot dogs don’t smell like a 14-year-old boy’s armpits. Maybe he’ll lose those lens-less dork frames at the same time. 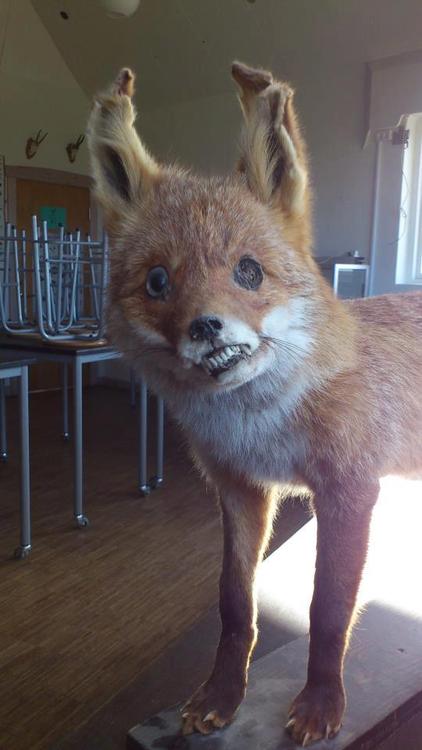 I don’t even know what that classroom display animal is/was, but it’s obvious that it was blinded and kicked in the snout by a something larger and more adept at surival. Maybe it’s just a good luck mascot that every child whacks on the way to the playground to prevent injuries. Your guess is as good as mine