Tuesday, 8 June 2010, is California’s Primary election. For those of you on the west coast, the ballot initiatives are probably the most important of the mess.

As for me, I’m voting NO on every initiative except for Prop 13. It’s a good measure, and has no opposition. Owners of existing buildings should not be penalized by property tax reassessment for seismic retrofitting.

As for the candidates, Meg Whitman gets my vote for Republican nominee for governator, and conservative Chuck Devore deserves to  go to the U.S. Senate. The other candidates for other seats don’t matter much. 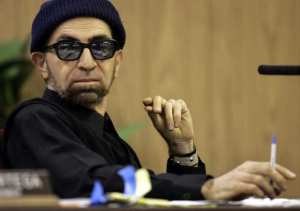 Now, Steve Rocco is another story. I’m tempted to vote for him just for the hell of it because he pissed so many people off. Here’s a guy who was elected to the board of the Orange Unified School District without even campaigning. He beat out the other contenders with a pair of nothing, and once elected, it took weeks for the OUSD to find out who and where he was. He’s a bizarre dark stocking cap with black sunglasses who’s full of conspiracy theories, and was arrested for supposedly stealing a half-empty bottle of catsup from an OUSD cafeteria. Now he’s running for Public Administrator.

Sounds like a great candidate. Write in Bunk Strutts instead.