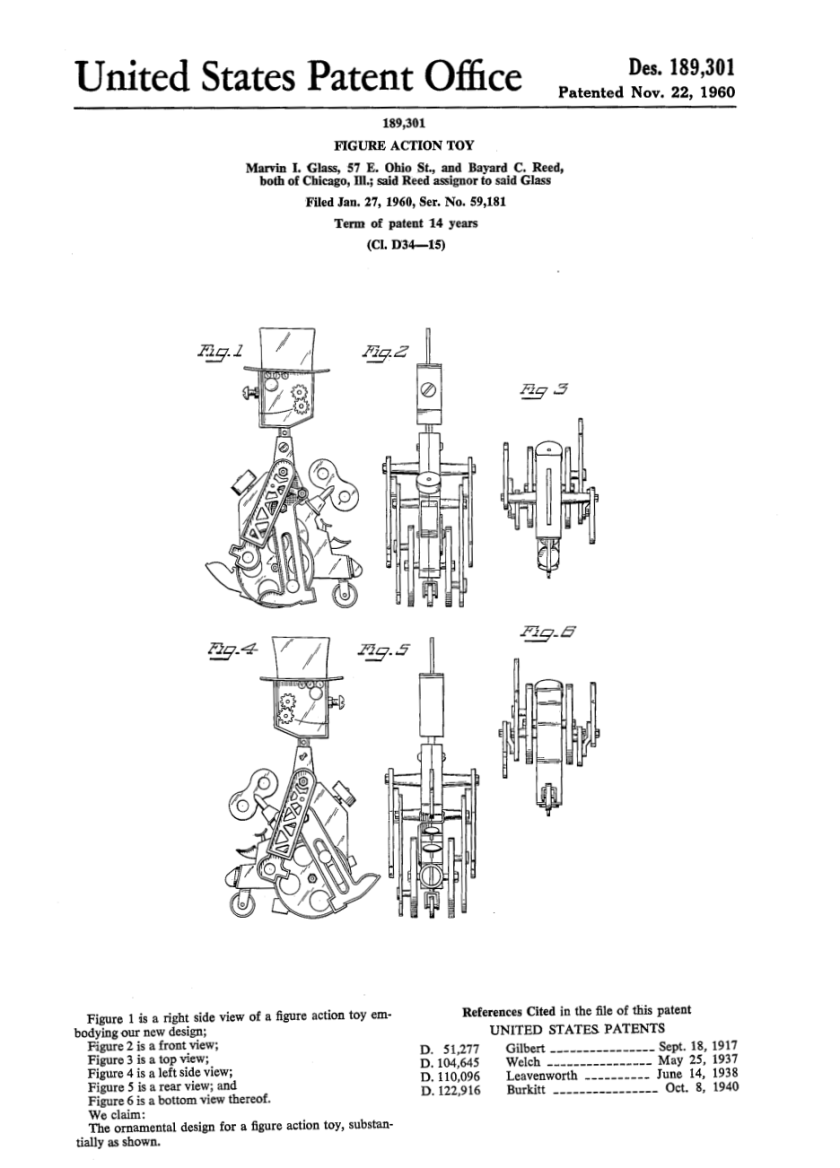 From Wikipedia, the free encyclopedia:
Mr. Machine is a once popular children’s mechanical toy originally manufactured by the Ideal Toy Company in 1960. Mr. Machine was a robot-like mechanical man wearing a top hat. The body had a giant windup key at the back. When the toy was wound up it would “walk”, swinging its arms and repeatedly ringing a bell mounted on its front; and after every few steps emit a mechanical “Ah!”, as if it were speaking. The toy stood about 18 inches tall (roughly 46 cm).

The gimmick of Mr. Machine was that one could not only see all of his mechanical “innards” through his clear plastic body, but one could also take the toy apart and put it back together, over and over, like a Lego toy or a jigsaw puzzle.

Mr. Machine was one of Ideal’s most popular toys. The company reissued it in 1978, but with some alterations: it could no longer be taken apart (owing to the tendency of very young children to put small pieces in their mouths which could be accidentally swallowed or present a choking hazard), and instead of ringing a bell and making the “Ah” sound, it now whistled “This Old Man”.

This later version of Mr. Machine was brought back once more in the 1980s. In 2004, the Poof-Slinky Company remanufactured the original 1960 version (using the actual Ideal molds whenever possible), which made the original sounds and could be disassembled, and with the intention of being marketed to nostalgic adults as a collectible.

2 thoughts on “Glass’ & Reed’s Contribution to the World – Mr. Machine”