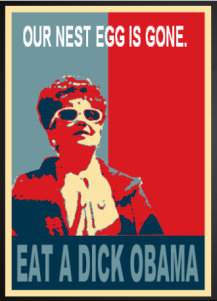 I get disgusted about stuff I can’t control. All I can do is gripe and offer crap like this, but that don’t feed the bulldog, and I can’t teach the cow how to eat the cabbage. Never in my life have I seen such egregious mismanagement of government, not only on the state level, but on the federal level as well.

For sure, California was a test for the rest of the nation, and it failed miserably. Here is a once prosperous State, so prosperous that were it an independent country, it would have ranked as the third greatest in the world in terms of production. What happened to California, and why did Washington decide to follow the same path?

I can’t begin to type enough four letter words that start with fuck. The world is run by C students, and the D students are in charge of reporting it. The A and B students might as well start turning in their eyeglasses, books and hard drives now, because it’s only gonna get worse.