View of Calexico from Mexicali on the US/Mexico border. 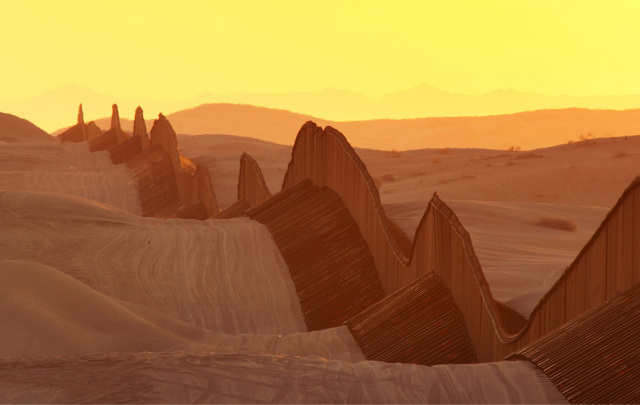 A section of the controversial US-Mexico border fence expansion project crosses previously pristine desert sands at sunrise on March 14, 2009, between Yuma, Arizona and Calexico, California. The barrier stands 15 feet tall and sits on top of the sand so it can lifted by a machine and repositioned whenever the migrating desert dunes begin to bury it. The almost seven miles of floating fence cost about $6 million per mile to build.

I love the choices of phrase: “controversial… fence” and “previously pristine desert,” and the words “almost” and “about.” There’s nothing controversial about a sovereign nation protecting her borders with a fence or otherwise, and the desert is so pristine that it’s relatively devoid of flora and fauna. It’s pure pristine desolation.

Reports vary as to the the border fence height (15-20 feet), the length and the cost; however, local law enforcement says that it works, and that arrests of drug smugglers and “coyotes” along the Yuma border have dropped from 800 per day down to only 15 – a reduction of over 98 per cent in illegal traffic since 2005.

It also translates to a huge reduction in the related costs of apprehending illegals, detaining and housing them, conducting legal hearings and deportations, and it cripples the Mexican drug cartels as a bonus.

Border fences through accessible regions makes simple economical sense, especially in the long term. How do we pay for it? Reduce the annual budget for the NSA by only 1.5 percent each year for the next 10 years.

Then, if a low skilled workforce is still needed, we revive the successful Bracero Program and ensure that the workers don’t get chumped. 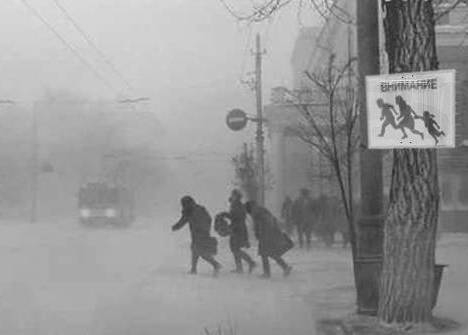 This is NOT a photoshop as far as you know.