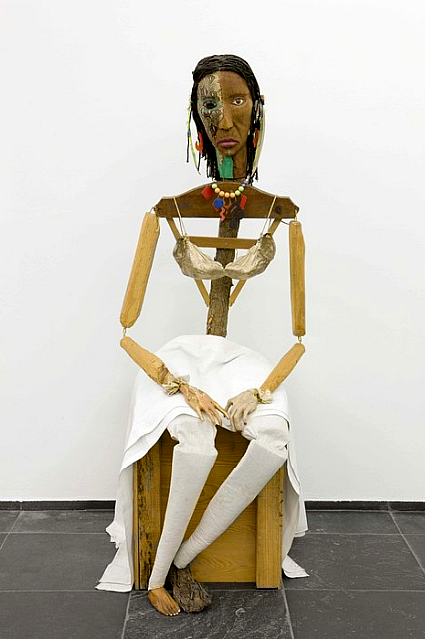 This strike out counts [via]

Gitcha some Gris Gris Gumbo Ya Ya. “I’ll kill all y’all’s ills.”

Now about those Trump Lies. They’re all lies.

Top image is a sculpture entitled Malinche by Jimmie Durham.

Born ca.1500AD, La Malinche (also known as Doña Marina) was a female Nahua from the Tobasco region of Mexico. Enslaved by the Chontal Maya, she was given to the Spanish conquistadors led by Hernán Cortés in 1519. She was reported to be a hottie, was savvy enough to cozy up to Cortés, became his translator and mistress, and aided the Spaniards in defeating the Aztecs. She’s now reviled as a traitor… to those who enslaved HER.