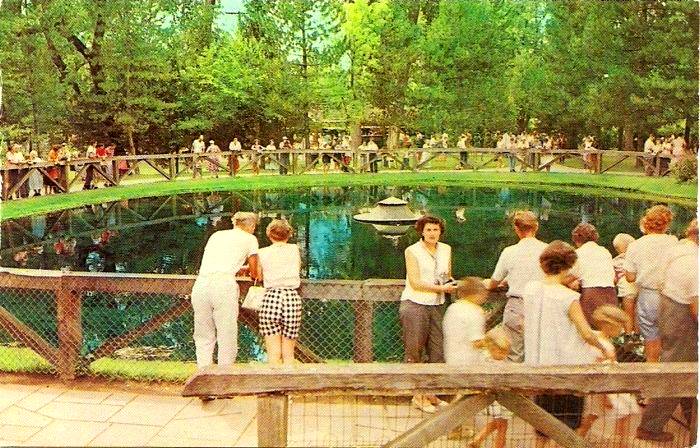 THIS girl can pop.

Hiding from the vet [via].

From the What If This Were Your Business Department:
A family-owned Ohio bakery, founded in 1885, was falsely accused of racism by Oberlin College administration for calling police on young thugs, was awarded $11M in defamation case.

The 7th and 8th Commandments both apply here.

“Save the Planet” by cutting class? Reminded me of The List.

The President met with the Queen of England, and POTUS’ lack of decorum wasn’t reported .

According to Google Maps, the place still stands, in Ohio City Ohio.

There’s a bizarre history to that familiar song credited to The McCoys, and it traces to Dorothy Sloop of Steubenville Ohio who became a New Orleans singer and piano player with the stage name “Sloopy.” The song was originally recorded by The Vibrations in 1963, predating the McCoys’ version:

So how did a 60s soul group from LA decide to sing about a girl who moved to New Orleans?

“Sloopy” was Dorothy Sloop, a Bourbon Street piano player. Born Sept. 26, 1913, in Steubenville, she performed at a New Orleans nightspot under the stage name Sloopy.

The song was originally recorded as My Girl Sloopy by the Los Angeles R&B vocal group the Vibrations. It debuted in April 1964 in the Top 40 of the Billboard pop chart, where it spent five weeks and reached No. 26.

A rock version, ‘Hang on Sloopy,’ was recorded by the McCoys, a Dayton garage band led by Celina native Rick Zehringer. Locally, the band was known as Rick and the Raiders, but it changed its name to avoid confusion with chart-toppers Paul Revere and the Raiders. Hang On Sloopy debuted in September 1965 in the Top 40 of the Billboard pop chart, where it spent 11 weeks and reached No. 1.

Rick Zehringer later changed his name to Rick Derringer and became one of the top rock guitarists and producers of the 1970s. He recorded with the Edgar Winter Group and scored a 1974 solo hit with Rock and Roll, Hootchie Koo. [More at this source]

“Dixie” Fasnacht operated a bar called Dixie’s Bar of Music on Bourbon Street in New Orleans. It was there that Dorothy’s acquaintance and co-writer of “Hang On Sloopy” Bert Berns-Russell found the inspiration for the song. During problems with the sound equipment and a crowd getting rowdy, he heard a regular call out to her “Hang on, Sloopy!” [Source]

I couldn’t find a recording of either Dottie Sloop or Yvonne “Dixie” Fasnacht, but there has to be a copy of the album in someone’s basement somewhere. One more piece of trivia: Ohio is the only State to have an Official State Rock Song.

The Best Damn Band In The Land adopted “Hang On Sloopy” as a signature song for the times when OSU was down a few points, and their a capella version is classic.

Have a great holiday weekend, folks. 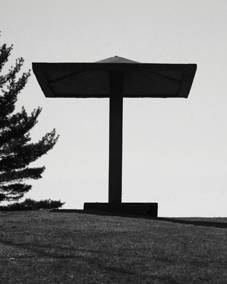 Remember Always
Who Set It Up and Who Paid The Price

It began when left-wing activists from off-campus arrived by bus on Friday May 1 1970 to host a May Day protest rally.
Kent State, a small university in northeast Ohio, had been chosen.

Related posts with links and commentary:

The second foto is of an Ohio lighthouse on Lake Erie after a recent storm. I’m not sure about the others. [Found in here, here and here.]

News from The Crossroads of the Nation, Strongsville, Ohio

The following items appeared in The Sun Star Courier on the 6 May 2010 police blotter.  The Strongsville Police Department has been busy lately.

ANIMAL COMPLAINT, DRAKE ROAD: Residents called police because they were trapped in their home by a temperamental squirrel.

ANIMAL COMPLAINT, SOUTHPARK CENTER: Several motorists called police on Sunday because a large turtle was blocking the entrance to the Westfield-SouthPark Shopping Center.

The turtle was taking a long time to cross the Howe Road entrance to the mall. The motorists were afraid the turtle would get hit by a car.

ANIMAL COMPLAINT, CHANDLER GREEN: A man reported Sunday that he was bit by a dog while walking in his neighborhood.

The man said he was bitten in the hip by a German shepherd-Labrador retriever mix, who was being walked by children.

One of the boys was wearing a bear costume, according to the callers. The group was gone when police arrived.

DISTURBANCE, PEARL ROAD: Two Cleveland men and a Cleveland woman were advised Saturday for trying to load items from a dumpster behind the Honey Hut into their vehicle.

The group was confronted by police after several calls reported hearing screaming coming from the area. Officers found the group arguing over the best way to stuff a large freezer unit into their vehicle.

Officers made the trio put all the items back that they were trying to take.

The girl had gotten out of the apartment while her mother was in the bathroom. Her father had left the door open while he was going to get something from the car.

THEFT, DRAKE ROAD: Employees of SGL reported Friday that someone stole several items from their property.

Someone had stolen a few two-inch thick steel plates and other materials from the building. The items are valued at $3,000. Someone also dismantled a wooden crate to construct skateboard ramps on the property.

ANIMAL COMPLAINT, LENOX DRIVE: Strongsville police officers had their own version of the classic children’s story, “Make Way for the Ducklings” last Thursday. An officer helped a mother duck and her ducklings safely cross the intersection of Lenox Drive and Howe Road.

SUSPICIOUS SITUATION, DARICE PARKWAY: A woman reported last Thursday that she believes someone is maliciously spraying Nair or permanent solution in her hair while she is at work. She also believed that someone was spraying something in her car.

SHOPLIFTING, PEARL ROAD: Employees of Gordon Food Services reported April 27 that a Brooklyn man stole four boxes of steaks from the store. The man was gone when police arrived.

911 MISUSE, OLDE SURREY COURT: A Strongsville woman was advised April 26 for playing a prank on the Medina County Sheriff’s Department.

Medina dispatchers called the woman back after they received a hang-up call from her cell phone. The woman told dispatchers she and her friend called 911 because she was hungry.

The woman told Strongsville police the incident was a misunderstanding. She accidentally hit a button and did not realize that her phone dialed 911.

The woman thought the dispatchers return call was someone playing a trick on her.

BURGLARY, GEORGETOWN COURT: A resident reported April 26 that his neighbor entered his house without his permission. The neighbor took back a tool the resident had borrowed from him. The resident also accused the neighbor of stealing his drill.

[News blurbs from The Sun Star Courier via Drudge. Image from here.] 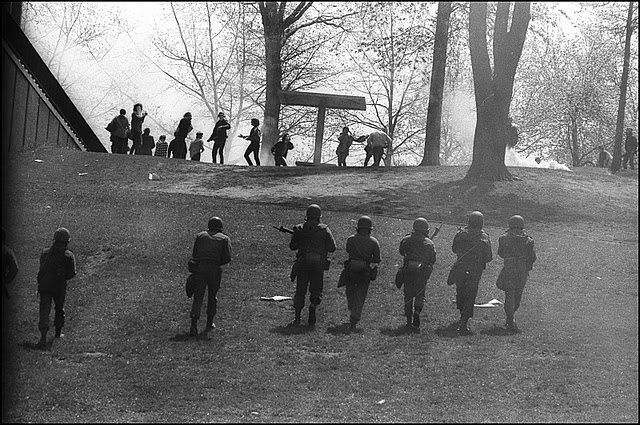 [Click on image for source and more photos.  Related posts here and here.]

Ever wonder why the Rock & Roll Hall of Fame is in Cleveland? It’s all because of Mooncat Buckeye.