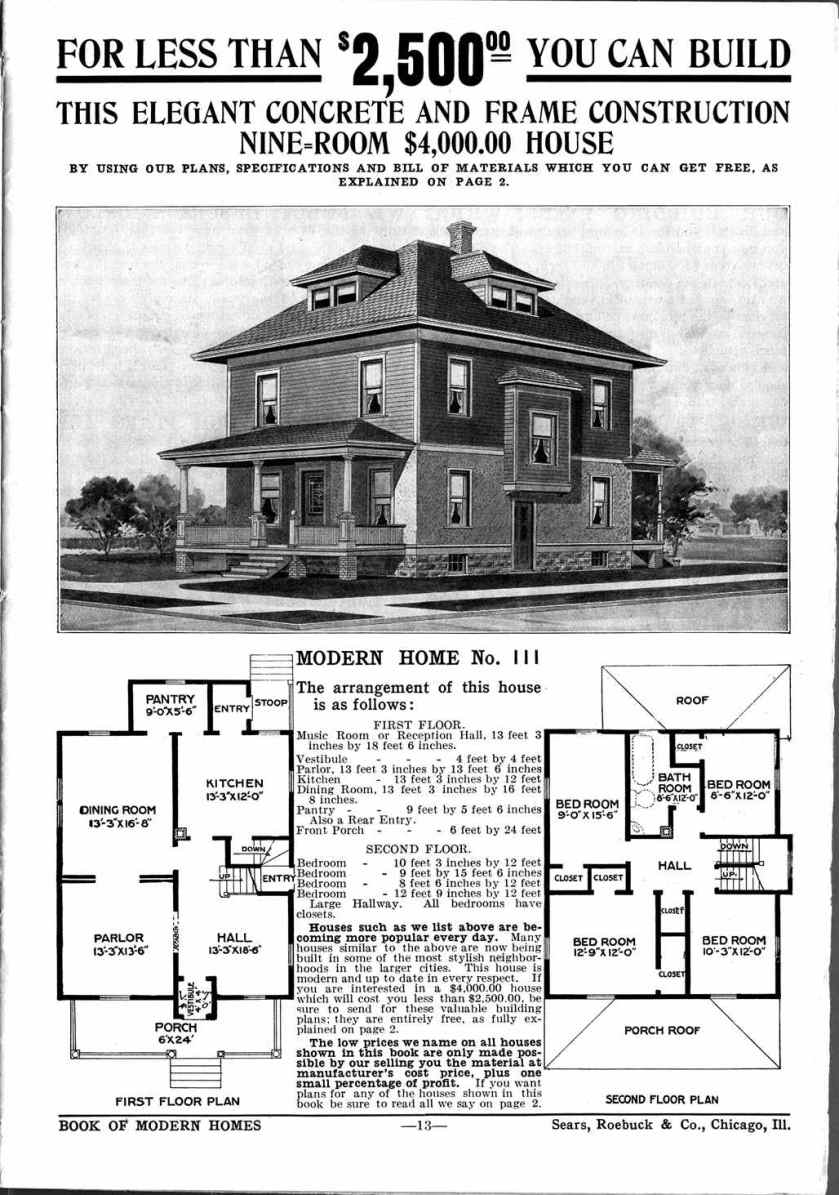 “In 1930 the Indiana Bell Building was rotated 90°. Over a month, the 22-million-pound structure was moved 15 inches/hour, all while 600 employees still worked there. There was no interruption to gas, heat, electricity, water, sewage, or the telephone service they provided. No one inside felt it move.”

Built in 1907, the 8-story, 11,000-ton building was moved to provide room for a larger facility, all while providing uninterrupted telephone service to the State of Indiana. It was relocated 52 feet (16 m) to the south and 100 feet (30 m) west of its original location. The move began 14 October and was complete on 12 November 1930.

Most of the power needed to move the building was provided by hand-operated jacks assisted by a steam engine. Each time the jacks were pumped, the house moved 3/8ths of an inch.

…The idea of turning waste into useful products came to life brilliantly in 1963 with the Heineken WOBO (world bottle). Envisioned by beer brewer Alfred Heineken and designed by Dutch architect John Habraken, the “brick that holds beer” was ahead of its ecodesign time, letting beer lovers and builders alike drink and design all in one sitting.

This is masonry. Each course is restrained by the male/female neck/punt connection, but the glass frogs (the bumps on the tops and bottom sides of the bottle) don’t provide a lot of friction, so some method of vertical reinforcement is required. Can’t tell how they anchored it to the foundation, or how they attached the roof framing.

I suppose it works in regions with few earthquakes, no serious windloads, and for people who really like green beer bottle natural lighting.

Okay 1502 AD is technically the 16th Century, but the engineering was already in existence. 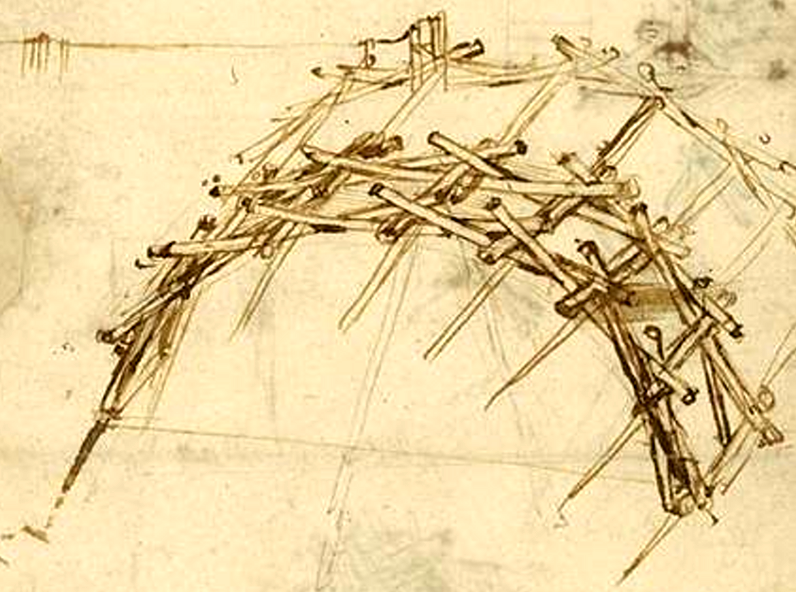 VERY cool – You can build it on the spot if there’s available timber, no connectors required, and you can knock it down and take it with you once your army has crossed the stream, arroyo, ravine or ditch. Here’s one in use (with planks installed):

This kid constructed one without notches or connectors, using friction and compression only. 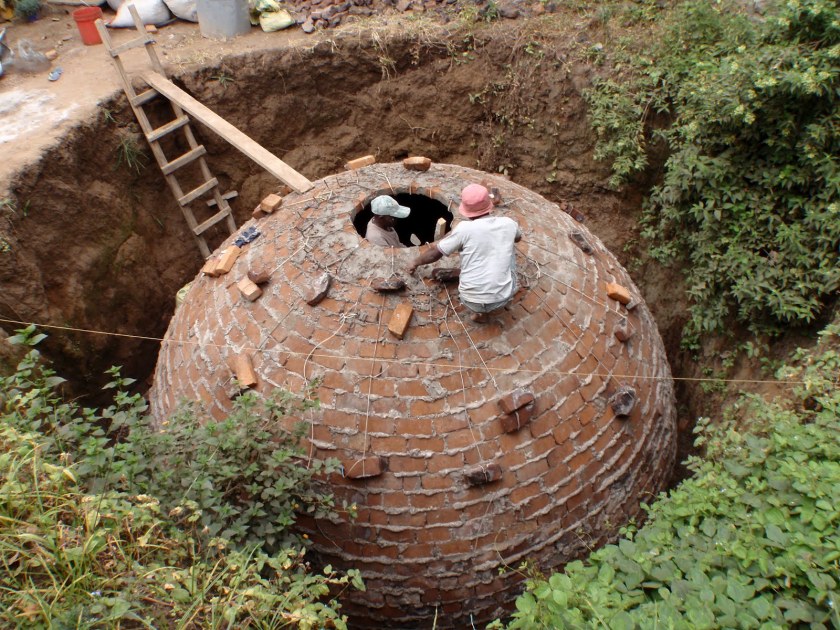 It’s the tallest building west of the Mississippi, and those guys are perched on the spire atop the Wilshire Grand Center, Los Angeles, in September 2016. The spire is purely decorative, serves no purpose other than to support a beacon (and perhaps an ego, IMO). 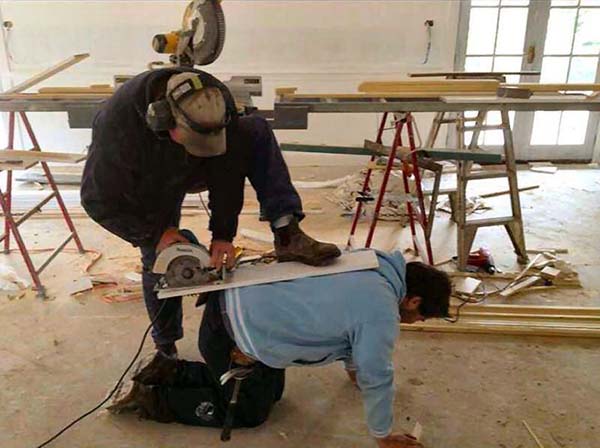 The hell with sawhorses. Shut up, hold still and be a man.

Cartersville, GA  (Strutts News Services) – Even in an economic downturn, many businesses flourish. Tetris Constructions is one of them. Regardless, Johann “Joe” Tetris died yesterday afternoon of natural causes, succumbing to HSB.  HSB is known to laymen as “He Stopped Breathing.”

TC founder Tetris was born into poverty but not by choice.  He’d intended to be born into wealth, but those dreams were squelched by economic forces beyond his control.  Ever since birth, Tetris fought to rise above the dirt-floor/waxed-paper windows of his childhood to create one of the most lasting icons of the “Information Age.”  That icon would be Tetris Constructions.

Some call it brutal. Others are both alarmed and enthralled at the possibilities and potentials of the breakneck speed of real-time design, combined with the willy-nilly construction system that Tetris Constructions promotes.

The TC motto sums it up: “We Build Faster than an Honest European Lunchbreak.”  Johann Tetris will be missed by many, but his legacy endures.