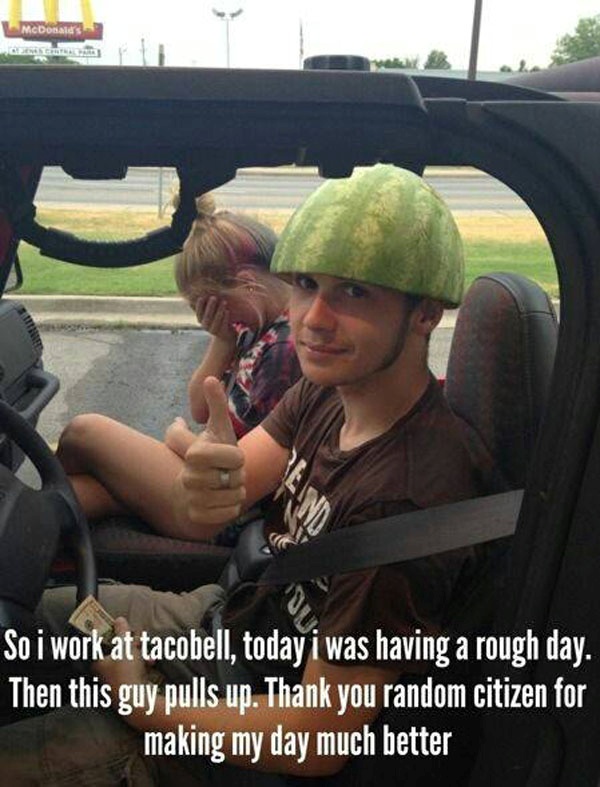 We don’t often post pre-captioned funnies, but we’ll make an exception for this one because he’s got a good confident attitude, his girlfriend is hot, and he made a drive-up window employee smile.
[Found in here.] 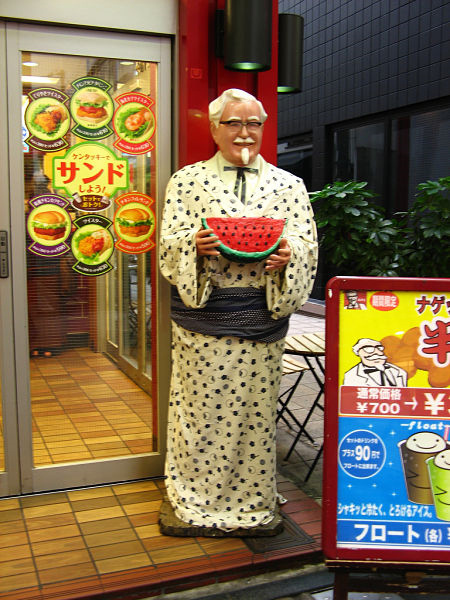 There are waaaaay too many things wrong here. The polkadot yukata for example. Did the Colonel ever serve watermelon in the Kentucky Fried Chicken franchises? Not in my memory. But to tell the truth, I’m ticked that KFC doesn’t deliver their buckets o’ artery-clogging flavor to my house anymore. I can only take so much pizza. 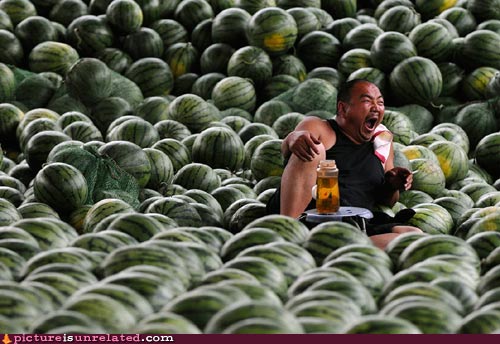 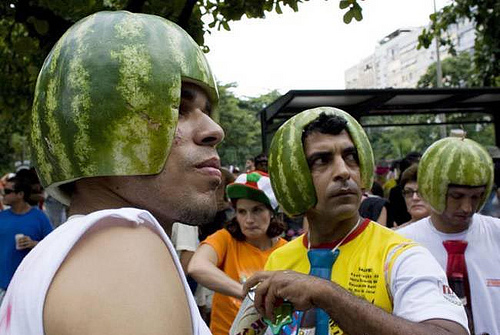 Welcome to the Convention, guys.
Ignore the man behind the curtain.

In all truth, these fellas aren’t part of the DNC Convention protest crowd.  They’re pretty tame by comparison.  According to Zombie/LGF/Pajamas media, the communists and anarchists have joined up to protest the socialists for a fun filled week of idiocy.

Zombie, if you’re not familiar with him, is a photo journalist who infiltrates left-wing political and counter-culture protests and posts the images on his website.  Some of the images he captures include profanity laden banners (and blatantly obscene images in at least one street festival) so I won’t link directly to his website.  But you can see the latest coverage at both Pajamas Media and LGF.  It’s hilarious, if not pathetic.

[I lost the link to the Melonheads above, but it’s been around for a while.]