I’m kinda in a doo-wop mood, and St. Valentine’s Day is coming up. Czech this out.

That’s one of my favorite Zappa love songs because he did it so righteously.

The Persuasions deserved more recognition than they ever got. They were always looking for an echo and they covered Zappa.

Have a great weekend, folks. See y’all back here tomorrow for stuff.

Archers of Loaf. Great 3-chord rock. According to Wiki, they disbanded, reformed, broke up and now reorganized before disappearing completely.

In 2009, The Axis of Awesome discovered the secret 4-chord progression required to make a hit record.

Zappa’s “Variations on the Carlos Santana Secret Chord Progression” is a classic. Unfortunately the video is not an actual performance, but a compilation of images pasted over the music. So what. I still like it. We’ll let Carlos Santana have the last word.

Woodstock put Carlos Santana on the map in 1969. Great jam.

Have a great weekend, folks. See you back here tomorrow and we’ll mess around with stuff.

Por Uhklelelas nailed it, and that’s the prettiest version of the song I ever heard. Unfortunately I can’t find a link to their website. On the other hand I can link to this:

Have a great weekend, folks. See you back here tomorrow whether you like it or not.

THIS is a happy dog.

THIS is a happy sloth.

THIS is a link to a zoomable image of Trump’s Inauguration.

10 things you probably didn’t know about Chester Burnett [via].

Still not sure who Ruth Underwood is? Try this.

Frankie and Bobby – a review of Bob Zappa’s memoir.

Check out these dragster bicycles. [h/t Carl L. via email]

Remember your / your dad’s / your grampa’s Sting-Ray? I don’t either, but here’s a short history. Its precursor was owner-modification – remove and reverse the handle bars from an old Huffy, angle them upwards like steer horns and remove the plastic grips; then hit it with sandpaper so it rusts and looks badass. Gears? You got one, and hand brakes were for pussies. Clip playing cards to the forks with clothespins for motor sounds. If you scored a Sting-Ray, the next thing was to save up for a sissy bar so you could pop wheelies effortlessly and be the envy of the kickball crowd.

How to cook shrimp in 3 seconds [h/t Bunkessa].

[Confidential to Randy L. of Bellingham for YKW: Muchisimas grassyass!]

One of my favorite Zappa songs, “Black Napkins,” performed on the Mike Douglas Show in 1976. Kinda reflects my mood these days, but I’ll snap out of it. Meanwhile, have a great weekend, and for those of you in the midwest, have fun with the cicadas.

Billy was a mountain. Ethel was a tree growing off of his shoulder.

Yep. The American Flag now flies over the U.S. Embassy in a country dedicated to the abolishment of the one form of government that is guaranteed to bring its denizens out of poverty, i.e., capitalism.

I pity those who think that capitalism is a bad thing, for they’ve been deceived and lied to, and the people who suffered under Castro’s brutal and oppressive regime are unable to speak.

Except for a very few, and I’ve met some of them. They’re not happy about this at all because they remember what happened to themselves and their families when the communists took over.

So where do we go from here?

The Cuban sound is a mixture of Spanish, African and European styles, an eclectic mix that blends well. Meanwhile, here’s another great Cuban:

Steven Stills & Manassas. Stills wanted to become one of The Monkees prior to his days with CSN&Y, but he was rejected for contract conflicts. It probably had something to do with being a Cuban, like this orchestra:

Have a great weekend, folks. See you back here tomorrow.

More stuff about knots than what you learned in Boy Scouts. I can’t tell if this is brilliance, a spoof, or if someone in the UC Santa Barbara math department has gone scooters.

A Sloth Awakes [via]. I pray that someone called the police.

The Magnus Effect. It’s more than just for sports [via].

Fred Johnson. (That’s him at the top of this post.) 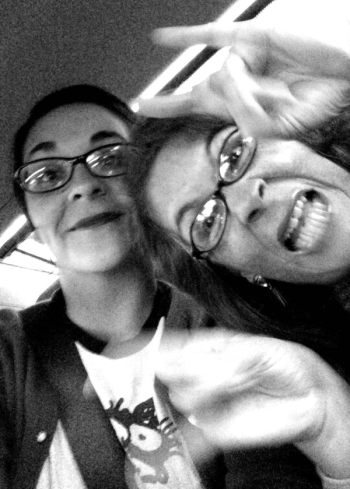 To all my Friends!

Mr. Toot, by Ylvis. It’s not what you think it is.

Must see. Pay attention to what the Imam says.

The Tricks and Traps of New York City. Not much has changed.

Have a great weekend folks and be back here tomorrow, for tomorrow’s another day.

“Squeeze Box” was recorded by The Who in 1975. No sexual innuendo intended they said. Ya, right, I said.

Frank Zappa & The Mothers, Live at The Roxy, 1973. Wait for the slide trombone solo sans trombone. Early polyrhythmic jazz fusion, whether you like it or not.

“Mama Told Me Not To Come” was written by Randy Newman for Eric Burden and The Animals who recorded & released it in 1967. Very cool song sung partially in Ebonics. The best known version was by Three Dog Night in 1970.

“Mama Said” was recorded by the Shirelles, released in 1961 and became an entirely bitchin’ hit.

Big Mama Thornton was talented and scary at the same time. Even the Chess Brothers said she was nasty, wore scars. Here’s her 1965 rendition of “Hound Dog,” written by Lieber & Stoller.

There’s a little something for everyone on this post. Have a great weekend, and be sure too give your Mamas a great big hug tomorrow. If you don’t, I will.