Couldn’t figure this one out at first. [Found in here.]

And we had fun fun fun. 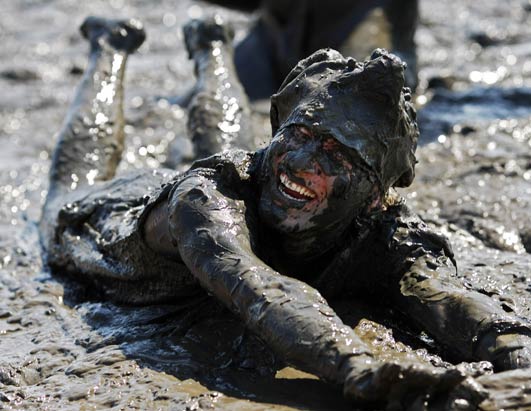 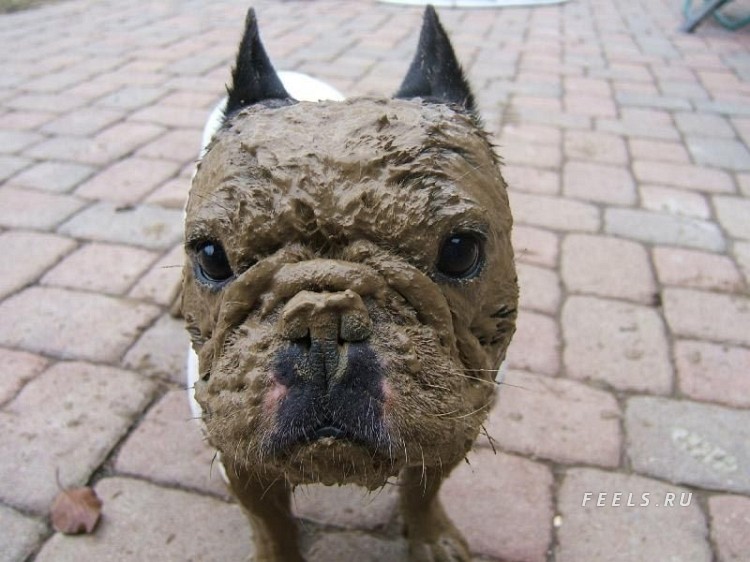 Only one day left to sling it before Tuesday’s elections…

[Images from here, here and here.  Related images there, there and there.]

There are a lotta folks who become mired in traffic on a daily basis that don’t have a clue as to what to read while they wait for their graffiti-encrusted freeway exit.

Some read the news, sports, comics, classifieds, Oprah’s itinerary, etc. Many others choose history, historical fiction, fictional history, and science fictional history for mental diversion and carbon monoxide abatement while crawling along at low-torque idle speed on their way to work.

For those of you who find yourselves puzzling over what novelette to take along for your morning roadtrip to lunchtime, check out Spuddie’s Book Blog, a vast (or at least half-vast) summary of popular novels to peruse at 0.5mph. Here’s a typical example:

“WITCH HUNT by Shirley Damsgaard. #4 in the Ophelia and Abby paranormal mystery series featuring Ophelia Jensen, a librarian in small-town Iowa who has pre-cognitive abilities and her grandmother Abby, a witch. When a biker gang starts hanging out in their small town and essentially taking over a bar there, Ophelia begins to have feelings of unease that something bad is going to happen. And sure enough, one of the bikers ends up dead, and the accused is none other than her good friend and co-worker Darci’s cousin Becca who is visiting from California. Ophelia herself is distracted, trying to be a good parent to Tink, the thirteen-year-old girl she’s taken into her home as a foster child—from their last book’s escapades—and not finding it a very easy task. This book just seemed ‘off’ to me. I’ve enjoyed the previous ones in the series, though it did take me til the middle of the second book before I really began to warm to Ophelia. I found plenty to be annoyed with in this book though—much repetitive text and phrases, too many scenarios that were extremely unlikely, and Ophelia needed slapping upside the head way too often. I did finish it—if it weren’t such a quick, easy read I probably wouldn’t have—but I admit that I skimmed the last couple of chapters, and I’ve decided to hang up the spurs on this series since I can’t honestly say I much care what happens to Ophelia any longer. I do have the next one in series here, but I’m going to trade it off. C-.”

Spuddie knows what you like, reads it for you, and tells you all about it while you wait for your exit to come up 45 minutes from now.

[Image from here. Concept from here. Book review from WAY out there.] 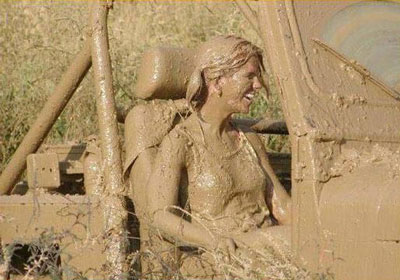 BrerRick emailed me about the lolferret post. Said that someone’s got, “Waaay too much time on their hands,” even though the post was of “Bosley,” a ferret owned by the Weasel, a mutual friend.

Well, bro, if you work efficiently and play efficiently, one can find oneself with enough time to pay the bills, do the laundry, feed the lolpossums and oil the cat, scour the shovel, and still have time left over to post utter absurdities on our favorite website.

Unfortunately, eating and sleeping is a necessary waste of time, kinda like having to put your pants on when you’re not going outside. Kinda like making your bed when it’s just gonna get messed up again. Kinda like surfing the internest for posts and limiting the search to the sites that already link to yours.

I can’t possibly have too much time, and neither can you. Always look through the mud for the rainbow in the windshield, or you might end up like her.

Hadda spooler crash yesterday, prolly due to the heat, and we’re in the process of doctoring it. Meanwhile, here’s something to look at.

No, I don’t have her phone number. But ya gotta admit that she looks good in sepia.  With muddy bunny ears.  And beads.  And, wait, there’s something about her teeth…